Eddie Vedder Into The Wild (2007) Review

Eddie Vedder’s voice is one of those iconic rock elements that you can’t really compare. I have heard a lot of bands try to emulate him, but no one has he’s garble at times, and strength at others. The lyrical elements that Vedder has been able to place through music is also grand. While I wasn’t the biggest fan of the movie “Into The Wild”, I did find it to be fascinating enough to pick up the soundtrack. Mainly for Vedder’s solo work, and I was blown away at the time. This is a very mellow Vedder at times, but the lyrical companions work towards pushing you into a Pearl Jam kind of mood.

Over the course of several tracks, you swear that some of the songs must be Pearl Jam B-Sides, but I assure you, they are not. The lack of gusto in some of the rock compositions is proof of that. “Into The Wild” plays so well if you combine it to the movie’s central themes of adventure, isolation, life, and death. Without that companion piece in the back of my mind, I’m not sure that this record would get such a big push. 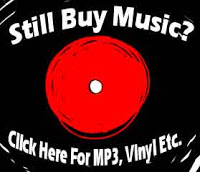 The songs are solid on this release, and some of them are things that I recall fondly as I set adrift to Seattle long ago. I found myself at a crossroads, after graduating college. College was a weird world, as I went to an art school, had no friends, and managed to pull a degree in something that no one pays for. All that aside, this record could very well be the soundtrack for my life, and of course, your life as well. Some of my favorite songs on this one include, “Rise”, “Setting Forth”, “Tuolumne”, “Hard Sun”, and “Guaranteed”. This is Eddie Vedder at a vulnerable stop. It’s a beautiful recording at times, and it’s an urgent one at others, and I can’t find a better time to review, reflect, and listen to it.

If the measure of a record today is the price that it costs used, "Into The Wild" is one of the better releases you can purchase. I recommend it, especially if you find the Vinyl release. You can buy it here, if you'd like.