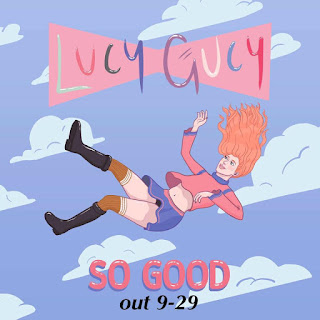 When I got an email from Tiffany of The Electrets fame, I was surprised to know that someone remembered my email, and that I love all things new music. I was informed of a new rock, punk trio named Lucy Gucy. The band is set to release a debut single, “So Good” on 9/29 and I’m already floored by it. The song has a strong guitar rock sound, good percussion, and catchy lyrics.

Lucy Gucy may be new, but the band already has a sound that mixes The Donnas with The Muffs and throws in a catchy element that you can’t resist. It’s equal parts punk, pop, and alternative into a solid union. There’s a lot of talent here, and you’re going to absolutely love the debut single, and will no doubt want to hear more from the band.

The band is made up of Tiffany Schirz, Lila Marshall, and Garry Ventura. Together, they have really impressed me, with just one song, and I’m sure the band is going to put out some quality tunes soon enough.

If you’re in the Los Angeles area, you have to catch them play October 5, at The Silverlake Lounge.

You can catch up with the band via:

Don’t sleep on this awesome band. If I still had my old record label, I’d sign these guys in a minute, that’s how smooth this single is. Just you wait, this will become your new favorite band.
No comments:

Ah yes, the Nofx live records. They put one out early in their career and it wasn’t half bad, but it wasn’t half good either. In 2007, right around the time I was graduating college, they put out this sequel to their live recordings. They once again go with the moniker that they suck live, and put on a showcase of 24 songs in just under an hour. Unlike other live records from bands, this is a full set, straight through, including the banter that they have between songs. “They’ve Actually Gotten Worse Live” is actually halfway decent, with a lot of songs from every aspect of the band’s career up to that point.

If you’re a Nofx fan already, then you are going to live the record’s production. The production is really good, with my only gripe being a lack of bass on the recording. The treble is turned up, the drums are a bit muted, but the overall fidelity of the guitar work and Fat Mike’s vocals make this a good record to listen to any time. Some of the best tracks you’re going to pull out of this one include, “You’re Wrong”, “Scavenger Type”, “The Longest Line”, “Franco Un-American”, “Monosyllabic Girl”, “New Happy Birthday Song”, and many others. 24 tracks, 59 minutes, and a good overall live record.

If you need a star rating, here you go, 4 out of 5. Nofx “They’ve Actually Gotten Worse Live” can be downloaded here. Enjoy, you bastards.

Figures of Light Brings Out More Tunes With Maximum 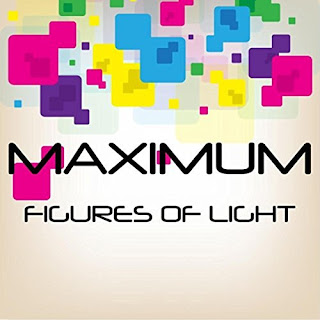 Figures of Light is one of the most prolific bands in music, and they once again push out a series of hits with "Maximum". This record has a lot of layers to it. There are moments that take you to a garage punk sound, surf guitar sound, and 1980s new wave sound and more. There’s a lot to this 5 song release, and it’s something that you’re going to absolutely love if you’re looking for new music.

From the starting line of “Sterling” through “Nowhere/Somewhere” and onto the rest of the record, you find yourself in a kaleidoscope of rock sounds. Think Sonic Youth meets New Order at times, with a balancing act that is hard to really put into one box. Figures of Light balances so much on this record that you truly are going to have a hard time picking out a favorite. “Just Once”, “Maximum”, and “Time Will Tell”, guide you down several alternative rock notes, leaving you to wonder if you’re listening to a compilation from MTV’s “120 Minutes” program.

With “Maximum” Figures of Light brings on a staggered sound design that is catchy, interesting, and with great balance. All 5 tracks are worthwhile, and bring about a lot of points of interest. For me, this album reminds me of surfing and skateboarding in Santa Monica, California. But for you, it may bring about other memories, as the music really has a way of triggering good times and thoughtful moments.

You can pick up Figures of Light “Maximum” by clicking here.

Check out "Sterling" from "Maximum":


Figures of Light - Sterling from Wheeler Winston Dixon on Vimeo.
No comments: