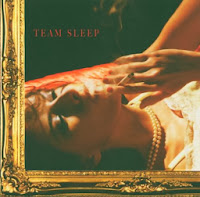 The Pietasters Oolooloo Is The Best Modern Ska Recording 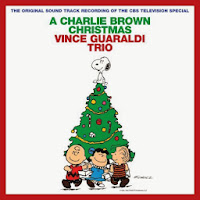 Few records can really bring out the joy of Christmas, which s why it’s sometimes important to look at which out of the thousands of releases have stood the test of time. Out of the many articles that I have written past and present, I think that there is one record that stands out above all others as the best record to bring in the Christmas season for all people. Regardless of your religion, background, or nationality, one album will sustain that happiness through the holidays, and that’s “A Charlie Brown Christmas” by Vince Guaraldi Trio.

The Peanuts have an interesting special about the glory of the season and it starts off with Linus and Charlie Brown talking. Of course our young cartoon friend needs help battling depression and Linus tries to showcase the greatness of things. With this soundtrack album, you get all the music from the television special that was originally released in 1965. The soundtrack was produce on vinyl, and for my money it’s hands down the best way to hear it.

“A Charlie Brown Christmas” on vinyl can be ordered here, and it comes in an all new heavier formatting. Listen to it enough times and those vintage pops and sounds that accompany records will certainly make you feel a bit nostalgic for this amazing special. As stated, it’s the best record to bring in the Christmas, or holiday season. If you don’t have a record player, than perhaps you may want to get it on mp3 download, or special gift tin, which is usually available around the holidays.

Check out all the items below and of course, enjoy your holiday season. I believe that this is the best record for Christmas or any special holiday celebration. 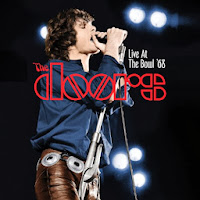 There are a lot of, and I do mean a lot of Doors live records available today. But for my money, one of the best records to be put out after the death of Jim Morrison, and updated for these modern times is that of “Live AtThe Bowl ‘68”. The Lizard King really shines in this release with a lot of elements working together to make this a memorable showcase of rock stardom.

Filmed at the glorious Hollywood Bowl, the sound resonates quite well and even though this is not exactly new footage, it has been remixed, mastered and attention to every detail has been made to make this an unforgettable classic rock experience. The Doors “Live At The Bowl ‘68” truly exemplifies what all the fans of their music would want and expect from the band at their peak.

The vinyl recording found here, is definitely worth picking up, as you will gain a sonic boom of cool throughout. The recording is impeccable, with distortions, static, and other problems that were previously heard now removed and cleared up.

The initial 1987 release wasn’t the full version, and many original vinyl and cassette collectors will make note of that. While that version is still interesting, it wasn’t well worth the investment. It was only 22 minutes and 18 seconds in length. However, the latest edition is far better, and has everything a fan would want.

The best Doors live record may in fact be “Live At the Bowl ‘68” as it stands out in my mind as one of the brightest moments for the band, at least in terms of audio and performance pieces. Obviously, longtime fans may disagree, but if you’re going to shop for a record from these guys and you want it live and raw, here it is in full spectrum. Pick up the Blu Ray Set here, and of course get the mp3 download or vinyl through amazon if you’d like, here.
No comments:

Mad Season Reminds Me of Life and Depression 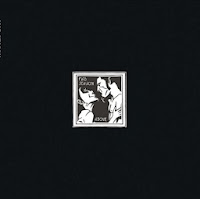 The New Korn Does Not Suck, Perhaps I Suck 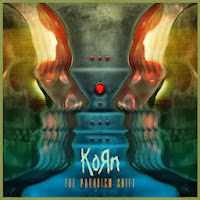 I saw the new Korn video recently and was completely amused. The video showcases a much lighter, and radio friendly Korn than we have seen in recent years. I laughed out loud, and nearly shed a tear from the track that had Jonathan Davis talking about how he would never love again. Surprisingly enough Brian “Head” Welch, Monkey, and Fieldy were all there, in a new phase of the band that has me wondering if the 90s are back in full swing.

This comes after the fact that Alice In Chains has released a new record, I have rediscovered my absolute adoration of Mad Season, and Pearl Jam just released a new record as well. Whatever is going on with rock music today, it’s not being pushed out by Kroq and 98.7 FM which is too bad. I have been listening to 95.5 KLOS (the classic rock) a lot more. I never stopped listening to them, but would make fun of my stepfather for liking the station. I actually won tickets to see arena football thanks to the constant calling that I did to the station in the 90s.

Now, as for the new Korn disc, it’s called “The Paradigm Shift” and I found it to be quite good. The guitar riffs on many of the tracks are more than heavy, bring about a sense of noise and fluidity that you would expect from Korn, and the drums are very good. The percussion overall on the record positions this to be one of the better outings for the band. I found myself tapping my feet, wanting to do air-drums, and really enjoying the progression of the recording.

Korn has come a long way from being a nu-metal act, and really shines on this one. I haven’t heard any of the singles played on the radio, so perhaps the record may not be doing that well? I don’t know. I guess my initial response to their music video was wrong, as the new record doesn’t suck, perhaps I am the one that is sucking. If you want to get this record, go for it, it’s actually really good. Now, I will go back to whatever it is that I do these days, possibly spin the disc again.
No comments:

The Bootleg of the Bootleg by Jean Grae Shocks and Awes

Deftones White Pony In A Urinal