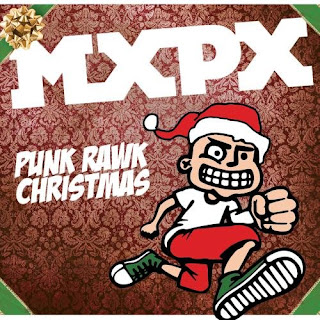 One of the shining lights for me in 2009, was when I picked up this record from Mxpx. This is a collection of Christmas tracks from the band. “Punk Rawk Christmas” is a very awesome record, and if you’re savvy, you can find the limited edition 7” record that has a couple of acoustic B-Sides. Other than that, you can get 14 tracks or 16 tracks on the bonus edition. Either way, the record is a compilation of tracks that were released to PxPx members, but other than that, 2 extra tracks came through. Ok, this is a punk rock Christmas album, and it’s one of the best alternative Christmas records that you’re going to find today. I love it. The fun mix of punk, and even hip hop is great. Mxpx does amazing things with the traditional and non-traditional songs. My favorite is none other than “Christmas Night of the Living Dead”, which is rad.

If you like alternative Christmas records, Mxpx Punk Rawk Christmas is $9.99 new and used, it’s out of print. It’s worth it!