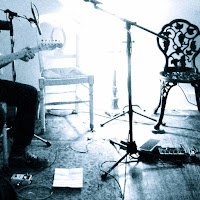 It was last July that I first was introduced to Susto. If you didn’t read my review of their release from last year, then you need to go see it now. I’ll wait. Go HERE.

I am a fan of music. I’m a fan of Susto, and now that I’m in the Midwest, I may be able to finally see them perform. But before I get to a show, I wanted to review their latest release. They have a live record out called “Live From The Australian Country Music Hall of Fame” and I love it. That’s right, this release came hitting hard, under the radar of most, but it’s such a powerful live performance.

If you’re familiar with the songs from the previous record, then you already know some of these. However, there’s subtle touches, guest performers, and a live, living room feel to the record that makes you reminisce a little. You’re going to want to pour yourself a shot of whiskey, because this will put you in an introspective mood. When you hear the powerhouse of “Black Jesus featuring Johnny Delaware”, "County Line", and the classic, “Black River Gospel featuring Jordan Igoe” you’re going to shed a bit of a tear. There’s so much depth to the connections that the songs bring.

I noted them in my previous review, but this time, this live record is a powerful attention grabbing release. What you get here are 8 tracks, nearly 30 minutes, of live country, alternative music. It’s a powerful testament to what Susto has been able to put together in such a short time. When you think of artists, you think of prolific passion for the craft. In regards to music, Susto showcases a passion that comes through with the lyrical elements found on this record, and the banter between songs. I recommend it wholeheartedly.

Check out more information about Susto, touring, and more HERE. Don’t sleep on this, it’s a great live record.
No comments: 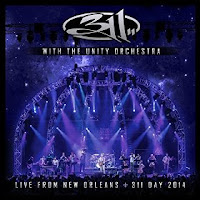 I remember driving from Palms Springs back to Culver City when my friend laughed at me for wanting the latest 311 record. At the time, “Sunset in July” was popular, and they had preorders for the new record that included vinyl pressings and lots of good stuff. I got laughed at. The notion that I would want to pick up a 311 record was beyond their frame. I didn’t order it.

Fast forward to this morning, and I have found an incredible example of how great the band is. I don’t need to preach to the choir of fans that love 311. But if you haven’t really invested in the band’s catalog since they released “Down” in the 1990s, you need to really go back and check out some of their records. Case in point, “311 With the Unity Orchestra” from 2014. This is a record that was recorded live on 311 Day in New Orleans. That’s a day when they go out and play to their massive fan base. The band has been doing that showcase since, well, since I can remember actually.

On this record, you will get 9 songs that are just incredible. They are not the singles that you hear on the radio. However, what they do put on is a showcase of great songs mixed in with the orchestra sound, and so much more. This is not the same as Metallica’s orchestra concert, instead, it’s the band at their best, live. The recording is good, it speaks to the band’s reputation for being very good live, including some amazing solo work and loud elements that you are going to absolutely eat up if you’re a fan.

For the non-fan, or casual fan, check out the tracks, “Sometimes Jacks Rule The Realm”, “Use of Time”, “Dreamland”, and “Eons” as the stand out tracks on the record. Overall, this is a solid outing with a lot of surprises that you may not know about if you’re not big on the 311 catalog. The live orchestra lends itself very well to the rock and roll, reggae sound that the band is known for. Listen for the drums, there are moments of stellar performance, as well as a horn section and more. This is a great 9 song compilation from 311 Day, that’s for sure.

Pick up 311 “With The Unity Orchestra Live” HERE, and do yourself a musical favor today!

Greenday Kerplunk Started It All For Me Back in 2000

This has been moved to Jdune.com
No comments: 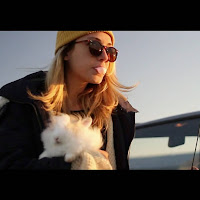 Jacko Poli’s latest release “Jagged Recollections” hit my desk today and I was floored by the balance and tone across the record. I’m a bass player, so whenever I hear bands really incorporate bass, I’m in love. On this record you first get hit with a strong bass line that really sets you up. “Because It Burns” is the perfect blend of strong vocals, trumpet sounds, drums, and of course bass heavy tuning. I love the tuning on the track and the vocals that layer through the wall of sound. This is a balancing act that is hard to pull off, but Jacko Poli has done that so well here on the opener.

As you listen to the record, you start to get a feeling for the band’s pop sensibilities. There’s a lot to listen to here. The melodies are perfectly tuned, layered, and positioned for you to admire. If you’re a music fan, you can’t help but love the way the trumpet, piano, and guitars work so well on the tracks, alongside harder rocking elements. “Jagged Recollections” is by far one of the best works I’ve heard blend so much into a simple form. It seems simple, but when you listen, you’ll realize that there’s so much going on, but not without incorporating each item very well. Sometimes you get bands trying too hard to put in sounds, but that’s not what you get here. Each sound is deliberate, layered, and played to the perfect arrangement.

Stand out tracks include “Lines of Love”, “Slow Mo”, “Chinatown”, “I Cling To You”, and “UFO”. That’s not to say that the others aren’t as good, because that’s not the case. This is another example of a record that you need to listen to as a whole. You can’t just pick one track as a favorite. It demands attention, and it’s definitely well worth your time.

“Jagged Recollections” is a very well balanced, finely tuned record. It showcases the power of Jacko Poli and the unique blend of rock, pop and world music all into one package. You’re going to be hard pressed not to like this stellar release.

Catch up with Jacko Poli via bandcamp here. Keep your eyes and ears open, this record is poised to do quite well, if you ask me.
No comments:

Beck Modern Guilt and Growing Up Too Late in Seattle 2008 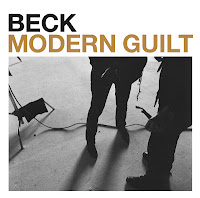 Labor day, I hate it. No, I take it back. I don’t hate it. I just have found myself working on another holiday, and despite a nice weekend full of clients, I still feel the sting of bills and problems. It’s muggy here in Indianapolis, so what better way to celebrate another Monday than to reminisce about a record that came out in 2008 and taught me to grow up faster than I was developing. Beck put out “Modern Guilt” and I didn’t hear a lot of people talking about it. My coworkers at the time barely heard, with the exception of Will from Car Crash Set (say what’s up via Twitter here). He always knew what was out, what was new, what sucked, and would be quick to tell me if something was lame. Then again, he was quick to also play unreleased music, b-sides, and so much more.

Beck’s “Modern Guilt” is an interesting departure from what most people thought about the artist. Before this record came out I was listening to “Guero” in Santa Monica and Brentwood. My coworker at the time was writing and illustrating comic books via Comic Flophouse, and he still does (go here). He’s a cool dude, and he introduced me to the stellar record that was “Guero”. But after that, I wasn’t listening to a lot of Beck outside of “Mellow Gold”, which is still a great record, all things considered. When “Modern Guilt” came out, I wasn’t keen on it, and didn’t really notice it until I picked up The Stranger and saw an advertisement for it. 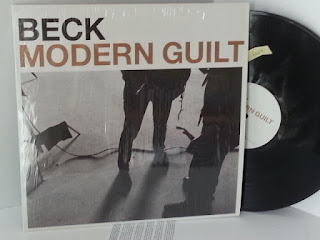 I didn’t realize that I had landed my dream job and the people around me should’ve become my longtime friends, and coworkers, not just coworkers and that’s it. I worked for John Logic, KROQ DJ and awesome guy. A bit off sometimes, but the dude was far more community oriented than I was, and yet I was the one that was trying to play “Christian” sitting in a pew under Mark Driscoll. The soundtrack to my year included Beck’s record, and looking back, it should have stuck with me.

Listening to the tracks now, I realize that Beck was on to something. He broke the mold long after he produced “Loser” and rode that to rock and alternative glory in the 1990s. His follow up “Odelay” was great too, but it wasn’t until I picked this one up that I heard a true grown up record from the artist. That’s not to say that I didn’t pick up his other records, it’s just that the backdrop of Seattle and a rocky marriage was starting to come through.

My favorite track off of this 2008 masterpiece still rings true. “Orphans” is a master track that opens up a record of amazing lyrical elements, and solid song writing. It’s almost as though Neil Young and Tom Petty were working with Beck on some of these, because you get their signature tones. Even with the fuzz that comes from the static on some tracks, you get a full scope of the progression that Beck was able to layer through the artisanal record. “Gamma Ray”, “Chemtrails”, “Youthless”, “Profanity Prayers”, and “Volcano” all round out what very well could be one of the best offerings from Beck’s career.

If you haven’t picked up this record, I definitely recommend it. I’m far removed from Seattle. 2008 has come and gone. However, “Modern Guilt” still remains a great record to put on the vinyl player and mellow out. I’m surprised more people aren’t talking about this one. Kanye, you don’t know why this guy gets Grammy Awards? Maybe it’s because he’s not sampling, and instead writing, producing, playing, and recording every sound on the record. Sit down.

Pick up Beck “Modern Guilty” on VINYL Here, or don’t, what do I care, I’m just a dude rambling about music.

I left Seattle in 2009. I miss it more than any other city I've ever lived in. I want to go back. One day I will. Thank you Seattle, John Logic, Snowboard Connection, Rick Read, DJ Sean Cee, Justin Mum, Adam Gerken, and the rest of the SNOCON Crew. My heart goes out to all of you.
No comments: