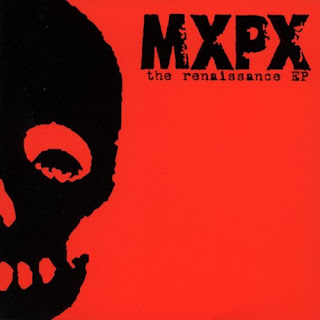 I remember when Fat Mike of Nofx announced that they signed Mxpx for a release. That’s what happened in 2001, which you got a 9 track EP that really changed the pace of the band. This came after “The Ever Passing Moment” that netted the band some MTV and Radio Play as well as a Pepsi commercial. With this EP, the band toned down a bit, and you hear it with the raw sound. Yuri and Tom played producers on here, with some great tracks, including “Lonesome Town”, and “Party II (Time To Go)” as highlights. It’s short, 9 tracks for 18 minutes, but it’s an interesting release from Fat Wreck Chords, none the less. “The Renaissance EP” is one of my personal favorites from the band, as it really was a bridge between full length releases. Classic West Coast Punk rock, with a DIY style of production, you’ll hear it when you hear it.