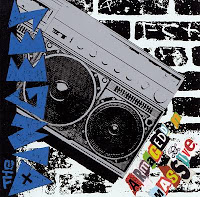 In 1998 The Dingees released what would become one of my favorite ska-punk records of the decade. You see, I was only listening to what was termed “Christian” music at the time. I didn’t branch out into the many secular bands until about a year later, when I got my hands on an Epitaph Records catalog and bought one of every cassette, vinyl, and CD I could get my grubby hands on. The Dingees put out “Armageddon Massive” and I was immediately amazed at the mix of anti-establishment punk rock, and jazz fused with reggae. At the time, The Supertones were experiencing a huge push, and The Dingees as a result got tagged into the same framework. With this release, the band flowed through 11 songs of punk-ska in the same lines as Less Than Jake, Reel Big Fish, and Operation Ivy. You hear these influences from the starting line of “Ghetto Box Smash”, “Chaos Control”, “Bulletproof”, “Rebel Youth”, and more. This very well could be the best debut record for a ska-punk act ever. That’s pretty bold, all things considered, but it really is a standout record from the band. I saw them live several times touring on this record, and even though the band’s popularity kind of fizzled as the rest of the ska scene died a slow death, I still go back to “Armageddon Massive” as a stellar example of third wave ska.

If you haven’t heard The Dingees “Armageddon Massive”, pick it up here for cheap.