Figures of Light Unleashes Proto Punk Creativity With The Power 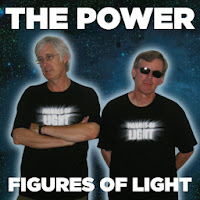 Artists are often times held under 1 banner and that’s it. Figures of Light cannot be described with just one word, although they are one of the best examples of proto-punk. Even that genre is too small for them, because they bring together elements from across the musical world and create something that is truly unique. With the release of “The Power” they once again push the boundaries of labels and make something that is not only worth listening to, it’s imperative to do so.

I hear it all the time, “music all sounds the same”, “the radio sucks”, and the classic “there’s no good new music”, and I always tell people they aren’t listening. Here’s a prime example of something new, mixed with elements of things old, but not in the way that hip hop acts sample records. This is something outside of the world of carbon copied, and sampled elements, and can only be called art.

You get ambience, rock guitars, fast pacing, and blends of blistering musical integrity that people should be tuning into right now. It’s always a good thing to get something new, and there’s so many people that love ambience, trance, techno, rock, and so much more. That’s the heart of “The Power” blending what would otherwise be too much for the listener, into a very good mix of musical talent.

From the first track, “The Power (feat. DJ Chrisz)” you get a sense for what’s to come and it’s done quite well. Then comes out “Laid Back Blues” with solid guitar work, and “Times Up” with a surfer resonance on top of layered, echoing guitar strums and good drumming sounds. It all ties up with “Gimme Gimme Gimme (Super Ballistic Version)” and there you have it, one of the better releases in the classification of proto-punk.

Fans of Devo, Trent Reznor’s Quake Soundtracks, Tempest 2000, Trap Door, and even a bit of Joy Electric will definitely find this to be a record to pick up. It has a lot of layers, and doesn’t hold back. I like it, you’ll like it. So now, everyone can stop saying there’s no cool new music, because here we have yet another example of something refreshing, coming out of the music world and more people need to wake up to it.

You can check out more information on Figures of Light on their official website here, and order this record from amazon here.

Figures of Light with DJ Chrisz - The Power from Figures of Light Archive on Vimeo.
Figures of Light was an American music band founded in 1970, which disbanded in 2015. This channel features some of their videos as a permanent archive. Check out our website at http://www.figuresoflight.com