SweetEve Bring On A Rocking Sound Worth Your Time 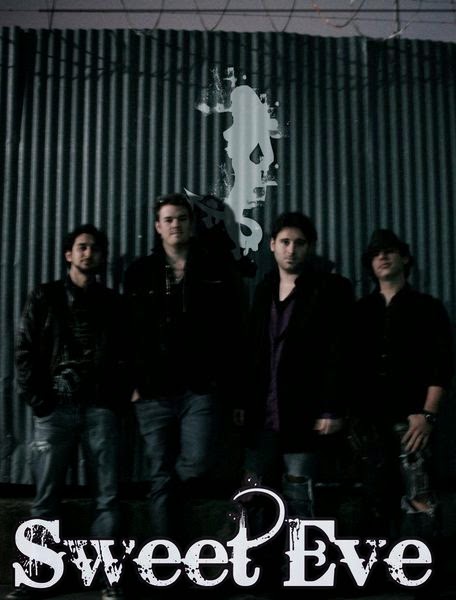 I was able to take a listen to the latest tracks from SweetEve and they definitely have a bright future ahead of them. They are a band that fuses together pop sensibilities with rocking tunes, and killer bass lines. Mixing the same type of rock that makes the Foo Fighters and Goo Goo Dolls (circa Boy Named Goo) great bands, this rock band is trying to tread new routes towards stardom.

From the first notes on “Guilty Victim” you get a feel for the music, but it’s not until you hit the guitar solo that you really get a sense of urgency from the band. They build up to it and when it hits, it really gets your toes tapping. Lyrical strong, and overall a catchy tune, SweetEve is quality rock and roll done right. It’s still a bit raw on the recording, but that’s ok, they are up and coming and the tracks represent a good beginning to what very well may be one of the bands of the future.

The opening track is definitely a good one, but it’s their second track “Kings and Queens” that really resonates their passion for rock, as it starts with a great intro and pushes through to catchy lyricism and solid rocking choruses that bring about the prowess of the members here. Turn up the stereo and you’ll definitely be singing along with this one, as it is one of the better rock songs I’ve heard in a while. The third track, “Dead Like Me” also presents a good tune, and with the strong introduction and wall of noise you get is a well-fitting piece to the puzzle that the band creates for listeners.

Overall, SweetEve is on to something with their latest tracks. They present the best elements rock, pop, and even a little bit of soul here and there. The band creates a strong series of tracks that make you want to hear more from them and see what else they come up with.