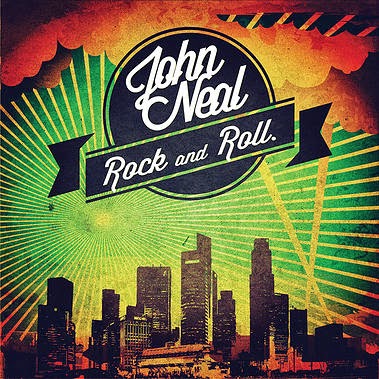 John Neal is an artist from Little Rock, Arkansas and upon listening to his latest self-titled release, I can truly say I’m a fan. His new record is out now and fuses together a southern rock gospel that is going to completely blow you away. (Not gospel as in religious, but you know the blues/rock sound) Whatever the case is, this is one hell of a release and it definitely deserves to get cranked up. It’s hard hitting from the opening track “Mexico City” through the last track of “Call on Me”.

Diving into the roots of blues music and bring out some stellar rock is hard for even established artists, but John Neal makes it seem easy. Bring together the best parts of several genres, the presentation on the record is quite good. It has a country tinge, but it’s not country, it has a rock feel but it’s not just pure rock, it’s built on solid song structure, good lyrical elements, and just plays through like a crossover record right out of CMT.

Don’t misunderstand though, there’s more to this than the country vibe, as there are some hard moments here. Stepping on the distortion pedal, throwing around some killer riffs, adding extra instruments, and playing to the rock crowd is definitely a strong suit of John Neal, especially with this release.

There are a lot of artists that want to blend genres, and say that they are down home rock and roll, but they fail to prove it. John Neal lets the music talk and wow, you get hit hard with every track. Stand outs include “Mexico City”, “Roll Me Away”, “Over and Over”, and “Alright!” but this one plays well on all fronts.

Check out this record via the official John Neal website here, and get yourself familiar with what very well may be the next big rock and roll hit of 2014.