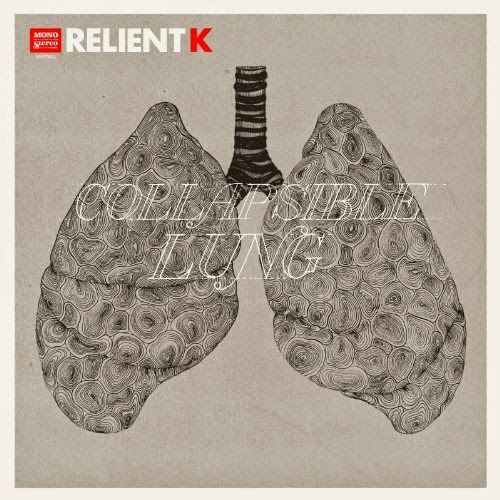 I’m floored. I hated when Relient K put out “Collapsible Lung”. It sounded awful to my ears, and I was running through a lot of heavy music. New releases from Trivium, Avenged Sevenfold, Korn, and so much more filtered through my playlist and I just didn’t like this record. Then on a hot afternoon, I gave it another try, and realized something incredible, this is by far the best Relient K record to date. I know, bold statement from me, but I really do feel it’s their best record and more people should be listening to it on a regular basis.

I’ve seen Relient K in concert a lot. I saw them as a teenager, and I saw them a couple years ago as an old man. They’ve managed to create a good overall following and an incredible live show full of energy. Even though they have roots in the Christian market, they have completely eclipsed that label and are just all around great in terms of performance and song writing. With the release of this record, they turn on the pop sensibilities and create a lavish performance piece that most people didn’t really listen to. Then again, I don’t have a lot of friends so perhaps I am isolated in saying that.

“Don’t Blink”, “Boomerang”, and “Lost Boy” are some of the most iconic tracks from this band. “Boomerang” especially should have been the #1 song on radio, as it does everything that a lot of pop acts do right now. It has a good overall pop sense to it, even though there’s a tinge of punk ethos in the formation of the other songs.

Call me immature, call me whatever you want, but Relient K seems to have tapped into a whole new wave length with this one, and though it took nearly a year to grow on me, I’m glad I finally am listening and tapping my feet. I don’t know when I’m going to get the second track out of my head, it’s that darn catchy.

Check out more from Relient K by downloading the record here, or see them on tour. I’m going to get back to listening and day dreaming.